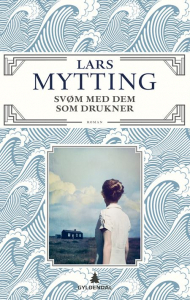 Join us as we continue reading about 23-year-old Edvard as he tries to untangle the mysteries of his family.  In 1971 when he was three years old, his parents were found dead on a WWI battlefield in France, but Edvard was found four days later in another location.  He grew up with his grandfather in Gudbrandsdal, and now that he's an adult and his grandfather has died, Edvard wants to find out exactly what happened to his parents, what happened during the four days he was missing, and why those things happened.  This class is conducted in Norwegian and includes grammar review for which we use Norsk grammatikk: Norsk som andrespråk, arbeidsbok.

To order and reserve your book [explain how to order through us] You will receive a separate email about pick-up/delivery options.

We are no longer accepting registration for this event